Afternoon tea nerds know that setting the popular British tradition in the Regency era is in fact an anachronism: afternoon tea as a social hour did not yet exist in the time of Jane Austen (nor Bridgerton, set in 1813-1827). That doesn’t prevent us today from having a fabulous time at a Bridgerton or Jane Austen themed tea. In fact, our Regency Tea Guide has all the suggestions, from menu to tea selection and much more, to help you host a proper Regency tea according to the tea customs of that era. Naturally, you may also want to know…

How Should One Dress for a Regency Tea?

For inspiration, read on to see the fun we had with Oglethorpe Chapter of The Daughters of the British Empire at their Bridgerton Christmas Charity Afternoon Tea, and the Jane Austen Society of North America (JASNA) – Georgia Region, where Angela was honored to be the guest speaker.

A “Bridgerton” Tea with the Queen Herself

The first tea was held at The Rectory in Norcross, Georgia, where 100% of the funds raised went towards the Mountbatten House Home for the Elderly and Norcross Mayor Craig Newton’s Christmas Charity. A fitting setting for afternoon tea, this restored church rectory was built in the early 1900s, when afternoon tea was all the rage.

First stop upon entering: portraits! To go with the Bridgerton theme, we donned some extravagant touches you’d find at a more formal or evening affair in the Regency period, like our jeweled tiaras, short sleeves, pearls and elbow-length “satin” gloves. It gave Angela special pleasure to carry a satin and velvet drawstring “reticule” (purse), which was handmade by her mother for her wedding 20 years ago. Note that the Regency gown was typically a flowing, floor-length dress with high waist and low-cut bodice. Over your dress, you may opt for a traditional “spencer” (a long-sleeved, high-necked, cropped jacket) or “pelisse” (an ornamental floor-length overcoat, as pictured below), and simple ballet flats will finish the look. Folks wanted to know, where did Angela get her dress? Sadly, not the local seamstress.

Queen Charlotte held court, greeting guests as they entered, then sauntered past our tea tables, likely seeking her next diamond of the season.

If you do wear gloves to an afternoon tea, remember to take them off and stow them under your napkin in your lap, or in your reticule, because gloves are never worn while eating.

The tea trays were stocked full of traditional British savories and sweets. Each guest also found a Christmas cracker at her place setting, fitting because these were invented in the Victorian era, during the rise of afternoon tea. Traditionally, inside each cracker, you’ll find a colorful party hat, small toy or gift, and a festive joke.

A gorgeous teapot graced our table. We guessed that it contained a popular British black tea blend, such as PG Tips or Yorkshire Gold. The volunteers of the DBE fastidiously kept our teapots refreshed with piping hot tea all throughout the afternoon.

Look at the pretty design of our teacups:

Traditional scones were tucked into the dessert tier: mini mince meat cups, shortbread hearts and Victoria sandwich cakes. Ample jam and clotted cream for our scones was served in martini glasses (pictured above).

To add to the festivities, there were several Bridgerton trivia questions read to the room, with prizes for the first to call out a correct answer, a door prize drawing, and gift bags with goodies from local businesses.

Tea in the Time of Jane Austen: Meeting the Janeites

You can never have too large a party.”

What a lovely party the Janeites throw! When Renata Dennis, Regional Coordinator for Georgia JASNA (Jane Austen Society of North America), reached out to ask Angela to participate in the organization’s annual birthday tea for Jane (born December 16, 1775), Angela jumped at the chance join in the fun. She found these Jane Austen fans to be a warm, welcoming and well-read group. What a joy to be amongst them at the Ivy Tea House in Norcross.

“Jane lies in Winchester, blessed be her shade!
Praise the Lord for making her, and her for all she made.
And while the stones of Winchester–or Milson Street–remain,
Glory, Love, and Honour unto England’s Jane!”

Then the tea trays began arriving (our warm pots of tea were at the ready), and the scrumptious part began. The Ivy Tea House ladies made sure to refill our teapots as needed, and we agreed that a table favorite was their Luscious London (A black & oolong tea blend with vanilla, natural oil of bergamot, dried orange peel, cornflowers, rose petals and lavender).

This time, a jeweled headband replaced the fancier tiara, and slender bracelet and natural pearl necklace simplified the gloveless look.

Where did Jane shop for her family’s tea supply? In Jane’s England, at what time of day would friends be invited to tea? Renata and Angela agreed on trivia as the vehicle for discussing tea customs in the time of Jane Austen. Special thanks to Renata for the Austen-and-tea resources she shared, which Angela mingled with her knowledge of early 19th century tea traditions, to create a 15-question “Tea in the Time of Jane Austen” trivia that you may now download for $5, to test yourselves at your next Jane Austen Tea.

It turned out, there wasn’t one question that could stump everyone in this educated group, who also shared what they knew, helping Angela learn more about Regency mealtimes (i.e., “dinner”: the main meal of the day, served anywhere from 2 to 6 pm, vs. “supper”: a light meal later in the evening if dinner was served early, or served at balls and parties). What a delightful afternoon – our thanks to JASNA Georgia for the invitation!

Trivia and Party Ideas for Your Next Regency Tea

To help you host your own Regency / Jane Austen / Bridgerton Tea, please explore the Regency Tea Guide we’ve assembled. You’ll learn about the tea traditions of the early 19th century, when Jane was publishing her novels, and Lady Whistledown was printing her scandalous papers. Our guide has everything you need to know to invite your guests for tea — and help them dress the part — as it was enjoyed 200 years ago in England and the United States. And if your guests would like to test their wits, check out our “Tea in the Time of Jane Austen” trivia, now available to download for $5.

We leave you with irreverent well wishes for the new year, courtesy of McSweeney’s Internet Tendency: 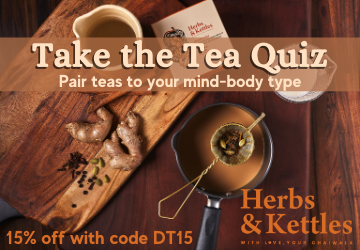